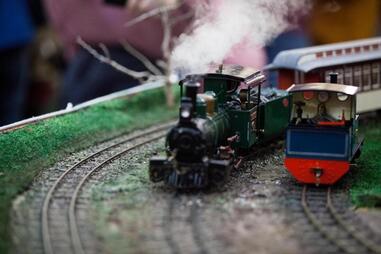 Things to do in Enfield
LONDON MODEL ENGINEERING EXHIBITION
The London Model Engineering Exhibition will return to Alexandra Palace with nearly 2,000 models on display.
Come along and see the full spectrum of modelling from traditional model engineering, steam locomotives and traction engines through to the more modern gadget and boys toys including trucks, boats, aeroplanes and helicopters as featured on “The One Show”.
When: Friday 17th, Saturday 18th, and Sunday 19th January from 10am.
Where: Great Hall, Alexandra Palace, Alexandra Palace Way, Wood Green N22 7AY
Click here or on the picture for additional details including how to book your tickets.
[Last updated 13 January 2020] 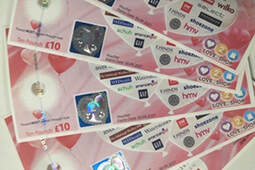 Things to do in Enfield
HEALTHY STREETS AWARENESS SURVEY
Want to play your part in making Enfield a safer, friendlier and greener place to get around?
Start by giving your perceptions of local programmes with a three-minute online survey.
As a reward, you’ll enter into a prize draw for £50 of Love2Shop vouchers.
Click here or on the picture to access the survey.
[Last updated 10 January 2020] 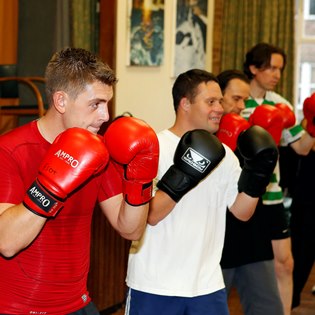 Things to do in Enfield
SPORTS
Have a look at all the amazing activities guaranteed to get your year off to a great start – be it badminton, swimming, Nordic walking, ballroom dancing, social dancing, or many other activities.
Organized by Active Enfield.
When: weekly, starting on 10th January 2020.
Where: check each activity separately.
Click here or on the picture for details.
[Last updated 09 January 2020] 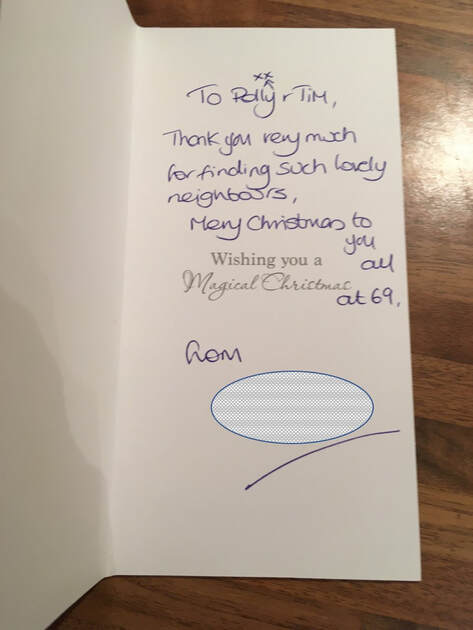 Did you know?
MAGICAL CHRISTMAS
What a lovely Christmas Card we got from the neighbour to one of our HMOs in Enfield, EN3.
Wishing everyone a Lovely Christmas, a Fabulous New Year, and a Prosperous 2020!
[Last updated 17 December 2019] 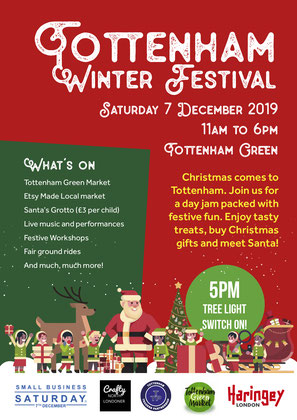 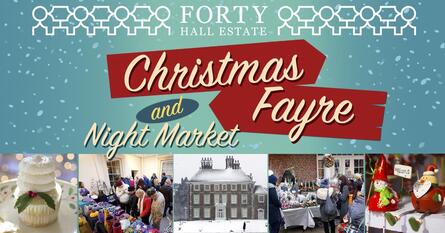 Things to do in Enfield
CHRISTMAS FAYRE
Over 40 stalls showcasing an array of Christmas gifts ranging from crafts, decorations, jewellery, candles, art, and festive food and drink, including handmade ceramic flowers and vases by Park Ceramics, handcrafted leather gifts by Melo Leather, crochet handbags and Swarovski jewellery by Sparklisation, plus lots more from talented artists and makers.
The Adorned Gospel Choir will be performing (Saturday only) from 12.30-1.30pm in the Outer Courtyard.
When: Saturday 30 November & Sunday 01 December @ 11am-4pm.
Where: Forty Hall, Forty Hill, Enfield, EN2 9HA.
Click here or on the picture for details.
[Last updated 29 November 2019]

Things to do in Enfield
SNOW WHITE
Roll up, roll up for a magical new musical version of a familiar tale – a mammoth production guaranteed to fill the festive period with heart-warming cheer. Set in a colourful 1960s world where traditional roles are changing fast, what better place for a modern Snow White to ‘find’ herself – in all senses of the word?
An unbelievably huge cast of all ages, a stunning original score and with an upbeat message of how anyone can get to choose the ending of their own story – well, why would you go anywhere else?
When: 27 November 2019 to 11 January 2020.Where: Rayne Theatre, Chickenshed, 290 Chase Side, Enfield N14 4PE.Click here or on the picture for details.
[Last updated 20 November 2019] 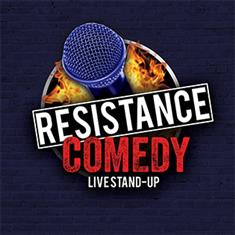 Things to do in Enfield
RESISTANCE COMEDY – LIVE STAND UP
Dugdale’s regular NEW Comedy Club.
Get ready to Laugh with some of best comics across the globe. Your Friday night is sorted!
November's Line Up is:
Darran Griffiths - A member of our Resistance Family, A comedian, host and podcaster born and raised in Harlow, to Jamaican parents, he has a blend of Caribbean confidence and Essex irreverence. Flagrant, thought-provoking and funny. To date, he has already appeared on television and radio, including Yanga TV, Pulse88 FM and BBC Radio.
Sanj Surati - Known for his piercing green eyes, his uncanny wit and his booming charm, Sanj Surati is a stand-up comedian and method actor born and bred in London, England. Since his first stand up performance in 2017, Sanj has done shows in LA, New York as well as all over London. He is doing a lot of film and TV at the moment and has been fortunate enough to work closely with some incredible Directors including Guy Ritchie, Max Keane and Paul Andrew Williams.
Rebekka Turner - Be prepared to go on an oddball experimental journey! Rebekka explores surreal characterful stand-up comedy with themes focusing around being awkward, sexuality, pop culture and food.
Michael Akadiri - A London based, born and bred stand up comic who has been tipped by ‘One to Watch’ by Amused Moose, has in his short career to date, won London’s notorious King Gong and has reached the finals of the 2019 Amused Moose New National Comic Award.
Jerry Bakewell - Britain’s most unsuccessful Mexican wrestler. Weighing in at 17-and-a-half stone, Winner of the 1993 Les Dennis Bravery Award, Jerry was recently described as a laugh every other minute, following a one-and-a-half minute set.
Mike Capozzola - A New York-raised, London-based, pro comic and hyphen-aficionado. Brilliant… with a dry sense of humour. Mike can be seen playing an agent in the new Men In Black International film which open this past summer.
Lucie Ingram - Lucie beams in from Planet Absurd where she is known as the Leggy Alien with spaced out minimalistic comedy stylings....Comedy to bend your straight mind to which shouldn’t work but does.
When: Friday 22 November 2019 @ 7.45pm.
Where: Dugdale Theatre, 39 London Road, Enfield EN2 6DS.
Click here or on the picture for details.
[Last updated 20 November 2019] 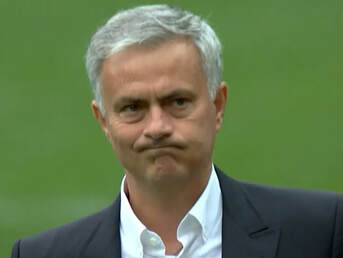 Did you know?
JOSE MOURINHO
Jose Mourinho is appointed as new Head Coach for Tottenham Hotspurs on a contract that runs until the end of the 2022/23 season.
Jose is one of the world’s most accomplished managers having won 25 senior trophies. He is renowned for his tactical prowess and has managed FC Porto, Inter Milan, Chelsea, Real Madrid and Manchester United. He has won a domestic title in a record four different countries (Portugal, England, Italy and Spain) and is one of only three managers to have won the UEFA Champions League twice with two clubs, FC Porto in 2004 and Inter Milan in 2010. He is also a three-time Premier League Champion with Chelsea (2005, 2006, 2015).
Click here or on the picture to read the official announcement from the club.
[Last updated 20 November 2019] 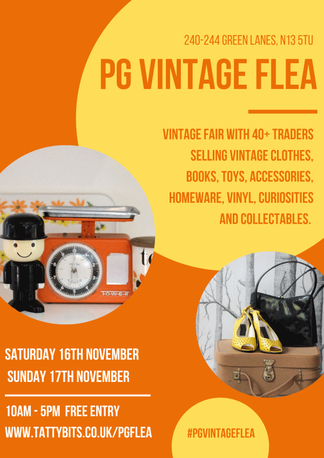 Things to do in Enfield
VINTAGE FLEA MARKET
PG Vintage Flea is an exciting two-day event when more than 40 vintage traders will be selling high quality clothes, accessories, homeware, vinyl and furniture from 240-244 Green Lanes, formerly Iceland supermarket.
This will be a fantastic opportunity to buy pre-loved unique fashion pieces and pick up quirky items for your home.
When: Saturday 16 November and Sunday 17 November @ 10.00am - 5.00pm.
Where: 240-244 Green Lanes, N13 5TU (former Iceland store).
Click here or on the picture for details.
[Last updated 13 November 2019]
News Archive:
2019
2018
​2017
2016
​2015